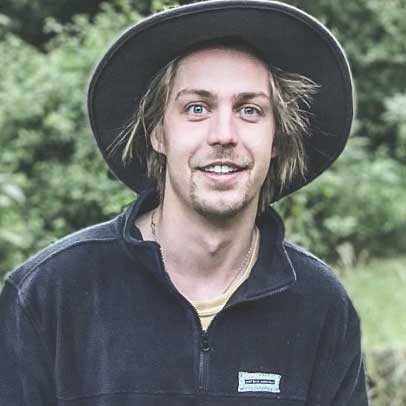 Harry is 27 years old and originally from England. He grew up with a love of building after watching his dad work with his hands. His school encouraged him to take the prestigious path so he decided to study Architecture at the University of Liverpool.

Harry graduated in 2015 and moved to Sydney where he got his dream job in Architecture. Within only a week, he realised that the top end job, nice paycheck and fancy office in the city actually wasn’t what he wanted so he decided to quit and start his own sustainable unisex clothing brand Wolf Bear Collective, which has reached over 50 Countries in just 2 years.

Harry’s story emphasises the importance of following intrinsic motivation and passion rather than following someone else’s path. However, the skills he learned in Architecture enabled him to do what he does today, which is a great lesson about Enterprise skills and that there is no such thing as wasted time!