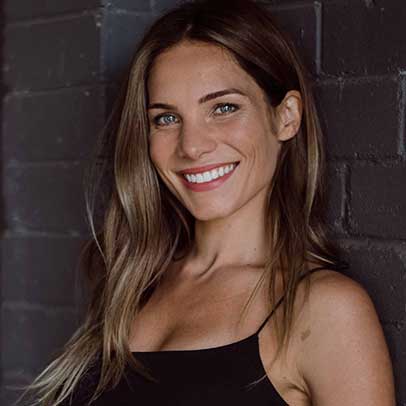 Sabeena grew up on the Northern Rivers in regional NSW, from a young age she began working at her grandparent’s cinema which ignited her love of film and the dramatic arts. At 15, Sabeena won a prestigious acting competition that encouraged her to make the move to the big smoke and attend a Performing Arts school.

Unfortunately, throughout high school she developed serious mental health issues and her life began to spiral out of control. The only thing that managed to pull her out of the situation was her passion for acting. After years of pain she decided to pack everything in and pursue acting even though no one thought she would make it. Guess what?……She nailed it!

Since then Sabeena has worked on several Australian and International productions including lead roles in Neighbours, the Logie winning comedy series Housos, Underbelly, Channel Nine’s Cybershack as well as multiple commercials and feature films.

Sabeena also holds a Bachelor of Psychological Science and is a PACFA registered Psychotherapist. Her lived experience combined with an advanced theoretical understanding of Psychology enables her to help young people navigate their way through the ups and downs of high school and beyond.